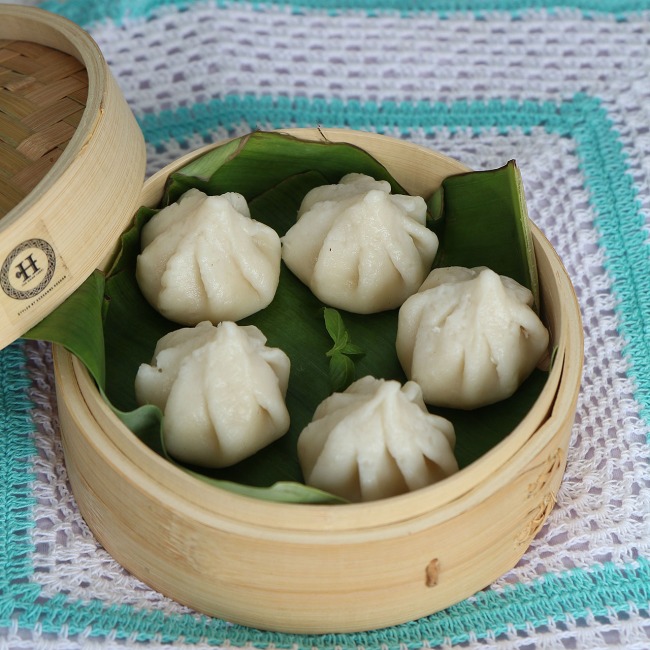 When the new year started in January, I had made a list of resolutions. Some of them like losing 10 kgs in a year etc. never work out, but one of them was hosting a Daring Kitchen Challenge. And I did! My favourite modaks for the month of September. The details and precision which go into preparing a challenge is tremendous. And then once I submitted the draft of the challenge, it went through a rigorous testing schedule by the volunteers at the Daring Kitchen. A few modifications later, it was up for the world.

For the Daring Cooks challenge, I made three different varieties of modak. Two of them steamed, and one fried version. I am hoping cooks all around the world will try this little traditional western-Indian delicacy and like it.

Excerpt for the challenge :

“The legend of Ganesha , the elephant headed God goes this way – Goddess Parvati, the consort of Lord Shiva, created a boy out of the sandalwood paste she used for her bath and breathed life in to him.  Then she asked him to guard her door while she went for a bath. Meanwhile, Lord Shiva who had gone out  hunting came back. Ganesha did not allow him to enter, as he did not know who Shiva was. Enraged, Shiva severed the head of the child. Parvati was very angry and disheartened by this. Lord Shiva promised to find a head for him and bring the boy back to life. His devotees tried to find the head of a dead man, but only found the head of a dead elephant. Shiva fixed it on the body of the boy and brought him back to life, and from that day was called Ganesha.

So this month I bring to you “modaks”, an offering made to Lord ganesha. A delicate preparation of coconut and jaggery (a sweetner made from sugarcane juice) filled in a tender rice flour covering and then steamed. It is an age old recipe followed by several generations in our family.”

Blog Checking Lines : “For the month of September , Rutvika the talented lady behind  sizzleanddrizzle.com challenged us to make modaks: a delicate preparation of coconut and jiggery filled in a tender rice flour covering that is later steamed to produce a delicacy that is usually served in the Ganesha festival in India”

For the covering/ shell 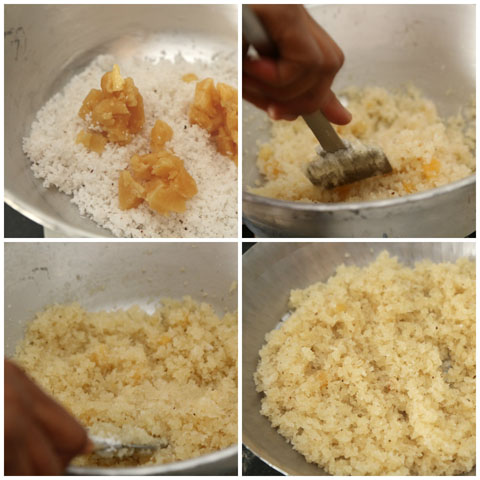 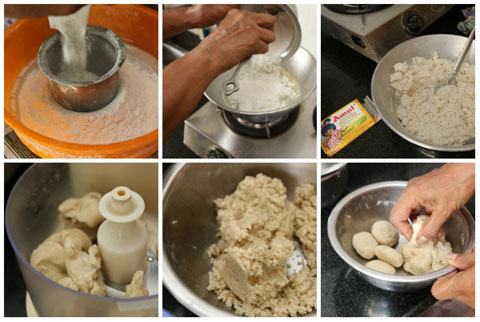 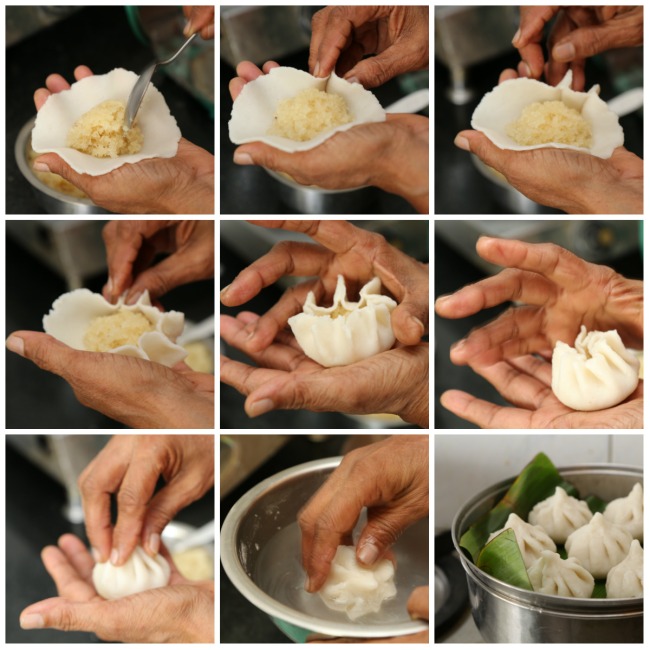 Note : I have tried to simplify the recipe as much as possible for the non-Maharashtrian and the non-Indian cooks. The shaping of the modaks can get quite complicated, my mom’s grandma used to make a tower of 7 modaks on top of each other, starting from one single modak.